Lokrum Island is an extraordinary gem of unique natural beauty. Visitors are delighted by the diversity of its vegetation and species while rocks attract Dubrovnik residents as well as many tourists throughout the entire swimming season. Underwater Lokrum is particularly interesting, with the shoreline rocks plunging steeply down into the sea in some places, while in others, the shallows descend gently to greater depths. Part of its southwestern shore is made up of varied rock formations covered with maritime vegetation, whose form, growth, and color change throughout the year. The sea here is clean and crystal clear.

One special natural attraction on Lokrum is Mrtvo More (Dead Sea), a small saltwater lake connected to the sea by underground and underwater channels.

Visiting the island’s botanical garden is likewise a pleasure. Founded in the early 1960s after this area was declared a nature reserve for forest vegetation in 1959, the garden features numerous and diverse types of flora, including those of tropical and subtropical origin. Medieval writer, Philippus de Diversis noted that Lokrum had many vineyards producing good wine, as well as abundant vegetable gardens and beautiful floral gardens. When the sea was calm, he reported, Dubrovnik’s citizens and visitors would come here to worship or to refresh their bodies and souls. Even today people come to Lokrum seeking a break from their daily routine.

Of the various legends connected with Lokrum, the three best-known ones concern King Richard the Lionheart of England, the tragedy of the Austrian warship Triton, and the curse of the Benedictine monks.

The curse of the Benedictines The legend of a curse has attached itself to certain historical facts concerning members of the Habsburg dynasty and their demise. It begins with the decision by the French to expel the Benedictines from Lokrum, which was communicated to them by the Dubrovnik noblemen Gozze, Pozzo, and Sorgo. According to the legend, the monks, seeing that they could offer no resistance, gathered one night in St. Mary’s Church to celebrate a final holy mass, and then, donning the hooded cloaks of their order began walking around the island in a long, single file, funeral-like procession. As a sign of their curse, they carried lighted candles held upside-down so that the flame burned from below, leaving a trail of melted wax on the ground. Three times they circled Lokrum in this manner, walking the whole night long while pronouncing their curse: “Damned be he who claims Lokrum for his personal pleasure!”

Then at dawn, they left Lokrum by boat, never looking back. And very soon, the legend says, the curse laid on the island began to take effect. One nobleman threw himself out of a window, another drowned at sea on his way to Lokrum and the third was murdered by his own servant. However, this curse is most often associated with the tragic end of two of the Habsburgs: Archduke Maximili- an’s execution in Mexico (1867) and Crown Prince Rudolf’s suicide in Mayerling (1889). One legend about Lokrum relates to King Richard the Lionheart (1157-1199) who found refuge from a storm on the island during his return from the Third Crusade in 1192. As the tempest raged, the legend tells us, he vowed to build a church consecrated to the Virgin Mary at the place where he would safely disembark. However, the people of Dubrovnik later persuaded him to build the church in the City instead, while they would build a smaller one on Lokrum. The explosion of the Triton

Triton was a famous Austrian brig that exploded while anchored off Lokrum on 9 May 1859 The sole survivor of the catastrophe was a prisoner who had been locked up in the bowels of the ship. It is said that the whirlwind force of the terrible explosion cast this wretch unharmed onto the island’s shore (along with what remained of his shackles), while all the rest of those on board perished. 85 members of the 107-man crew died when the Triton. Ten crewmen were rescued from the sea that fateful evening, while twelve were found onshore. Habsburg archduke Maximilian, supreme commander of the Austrian fleet, traveled to Dubrovnik to honor those who died in a tragic accident. That same year he purchased Lokrum and had a large stone cross erected there, carved with the names of the 85 crewmen lost on board the Triton. For the next 8 years, Lokrum was Maximilian’s favorite place. He and his wife Charlotte planned to build a summer residence. 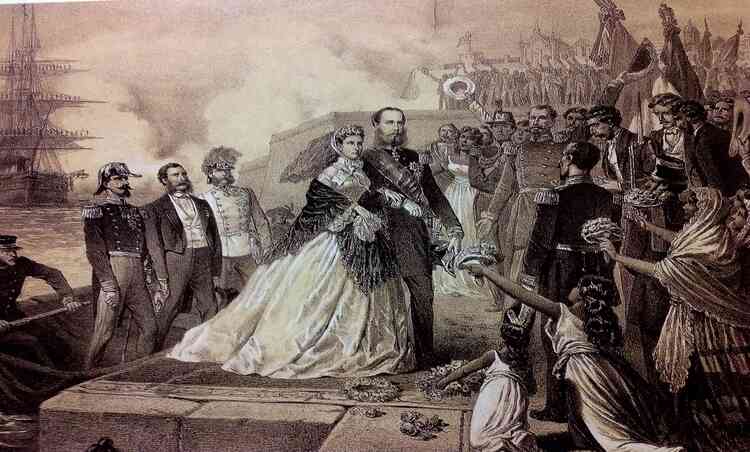 Summer residence was built in the eastern part of the 13th-century Benedictine monastery. The monastery grounds were arranged horticulturally, with two staircases built to connect garden terraces planted with many tropical and subtropical varieties. Paths were laid in the garden park and around the entire island. A small Game of Thrones exhibition in the monastery gives you chance to sit on the Iron Throne and it’s a pleasant walk around the island. Lacroma Snack Bar – outdoor cafe near the dock with beautiful greenery. A piece of heaven hidden from the city :-)  Great place for a coffee or cold refreshments.

Lokrum may be visited from early April to late October. Transport is provided officially by the park authority (Rezervat Lokrum) and its ferryboats.Tickets for the ferry can be bought at the old port – cash and card accepted.

ABOUT US
PRIVATE & GROUPS
PRESS
FAQ’S

Our website uses cookies to improve your experience. We'll assume you're ok with this, but you can opt-out if you wish.
Cookie SettingsAccept All
Manage consent

Our website uses cookies to improve your experience. We'll assume you're ok with this, but you can opt-out if you wish
Necessary Always Enabled
Necessary cookies are absolutely essential for the website to function properly. These cookies ensure basic functionalities and security features of the website, anonymously.
Functional
Functional cookies help to perform certain functionalities like sharing the content of the website on social media platforms, collect feedbacks, and other third-party features.
Performance
Performance cookies are used to understand and analyze the key performance indexes of the website which helps in delivering a better user experience for the visitors.
Analytics
Analytical cookies are used to understand how visitors interact with the website. These cookies help provide information on metrics the number of visitors, bounce rate, traffic source, etc.
Advertisement
Advertisement cookies are used to provide visitors with relevant ads and marketing campaigns. These cookies track visitors across websites and collect information to provide customized ads.
Others
Other uncategorized cookies are those that are being analyzed and have not been classified into a category as yet.
SAVE & ACCEPT
Powered by