The national parks of Croatia are treasure troves for nature lovers, containing a wide range of geographical and climatic diversity. There are eight national parks in Croatia and they draw millions of visitors a year to unique natural wonders and unforgettable terrains. The most famous national park is Plitvice Lake, which became a UNESCO World Heritage in 1963 in 1979.

Plitvice Lakes consist of 16 interconnected lakes from the upper course of the Korana River which cascade into one another over travertine barriers, thus creating thousands of clear waterfalls, some of which is 72 meters high. The Park has a surface area of 295 km2.

Risnjak National Park is today a haven for those seeking peace, covered by more than 30 km2 of thick forests with a rich variety of flora and fauna. Many individuals and companies pick this region to organize so-called anti-stress and teambuilding programs. The area was proclaimed a national park in 1953.

Brijuni National Park consists of 14 islands and islets situated on the western coast of Croatia’s biggest peninsula – Istria. This area was proclaimed a national park in 1983. Along with the purest clean sea and land, and archaeological sites from Neolithic, Roman, and Byzantine times, the Brijuni islands are famous for their scenic beauty and untouched nature. The surface area of the park is 36 km.

The Kornati archipelago represents one of the greatest treasures of nautical tourism and scuba diving in Croatia. It is made up of over 150 islands, islets, and reefs. The distinguishing trait of the archipelago is the outer islands with their vertical cliffs which rise to a height of 100 meters. The great diversity of the sea world, the richness of the sea flora and fauna, the clearness of the sea, and innumerable opportunities for living the dream of so-called Robinson tourism have made this group of islands a location not to be missed on a journey through Croatia.

The Kornati archipelago was proclaimed a national park in 1980. Its surface area extends over 234 km.

Krka National Park spreads over a greater part of the course of the Krka River and includes a vast area of waterfalls – Skradinski Buk (the largest travertine waterfall in Europe falling down seventeen steps that extend over a length of 800 m) and Roški Slap. There is also Visovačko Lake with its islet of Visovac on which stands a monastery within its limits. This area was proclaimed a national park in 1985. The surface area of the park is 110 km.

Mljet National Park is situated on the Croatian island of the same name and its distinguishing features can be found both above sea level, in its rugged coastline and rich vegetation, but also below sea level, in the coral reefs and rare fish species. There are two deep bays called lakes on the island – Veliko and Malo jezero, created by the very narrow channel which links them to the sea. Thanks to the microclimate and their specific underwater features, these lakes represent a tourist and scientific attraction. Within the park, there are two important cultural and historic monuments: the complex of a former Benedictine monastery from the 12th century on a little islet in the middle of Veliko jezero, and the remains of a palace built in ancient times in the village of Polače. The park extends over 54 km2 and was proclaimed a national park in 1960.

Northern Velebit is home to two endemic species velebitska degenija and hrvatska sibireja. In 1967 a botanical garden was established here with a botanical reserve relatively Due to the great diversity of Karst formations, the wealth of flora and fauna, and stunning beauty over a small surface area, it was protected as a national park in 1999. The park’s surface area is 109 km.

Paklenica National Park and the monumental vertical rock called Anića Kuk represent a true paradise for climbers, hikers, and lovers of Croatian mountains. It is situated in the south of Velebit, offering spectacular views over the sea and islands from its high cliffs. This area has been under protection since 1928 and was proclaimed a national park in 1949. The surface area of the park is 102 km.

Risnjak National Park is today a haven for those seeking peace and quiet, covered by more than 30 km of thick forests with a rich variety of flora and fauna. Many individuals and companies pick this region to organize so-called anti-stress and teambuilding programs. The area was proclaimed a national park in 1953. 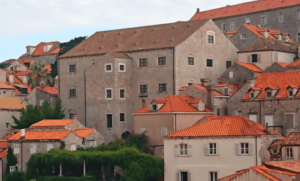